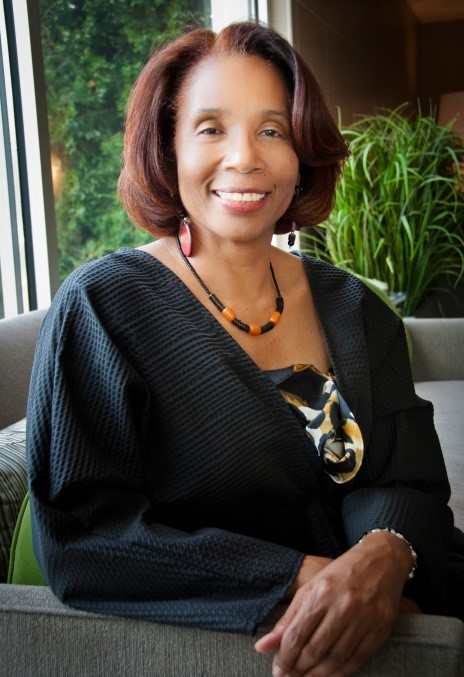 Janet Denise Watkins has extensive experience leading comprehensive, dynamic and engaging workshops as a Facilitator and Moderator. She is an AAUW certified Salary Negotiation Facilitator. “One of the most fulfilling workshops I have conducted is teaching women and girls negotiation skills and how they will improve their financial future by securing the pay they deserve.” Janet most recently presented these financial empowerment workshops at Henry Ford Community College and Wayne County Community College District-Southfield campus.

As a member of AAUW of Michigan’s state board, Ms. Watkins served in numerous capacities, most recently as Program VP and Technology/Website Director. During her tenure, she was responsible for event program planning and development, managing technology, website and social media platforms that served the organization’s 37 branches and more than 2,800 statewide members. Janet facilitated workshops focused on: leadership development, public policy, program development, training in the effective use of technology, social media and website creation. In addition, she conducted surveys using online tools such as Google Drive and Survey Monkey to gather data and feedback to assist the state board leadership in their organizational decision making.

Ms. Watkins served as past president of AAUW of Michigan (2012-2014); and was its first African-American woman of color elected to lead the advocacy organization. She currently serves as AAUW Detroit Branch president. In these roles, she has worked to help women and girls achieve their dreams through advocacy and education and knowing their worth through self-esteem, financial and media literacy programs.

She is a recipient of Wayne County National Organization for Women 2013 Harriet Tubman Award and the Elizabeth M. Wight Award for volunteer service at Wayne State University’s WDET/DRIS program for the blind and print-impaired. She received recognition from General Motors/SAE International “A World in Motion” program for her volunteer work with Detroit Public School students. She also volunteers with the Oakland County Literacy Council.

In addition to her positions with the AAUW Detroit Branch and AAUW of Michigan, she has served on the boards of the National Council on Women and Girls and the National Council on Men and Boys, the Michigan Human Trafficking Task Force and is a member of the Michigan Equal Pay Coalition. A community activist, she was a founding member of Stop the Drilling in Southfield, a community organization that opposes oil and gas drilling in residential communities.

Janet is a published author, active on social media and has written opinion pieces on social justice issues that impact the lives of women and girls and the community. She is the creator of The Red Chair Stories, a story collection project that examines pay inequity and its impact on Michigan women.

Janet studied at Wayne State University and the University of Phoenix. She holds a Bachelor of Science Degree in Business Management and is CEO/President of JDW Collaborative, a website developer and online social media consultant. She worked at General Motors Corporation for more than 34 years in numerous capacities from managing people and processes to training and development.  Janet retired from GM in 2005.